CANopen devices need to be configured or programmed. In many applications, the NMT master device implements the corresponding SDO clients to the default SDO servers. In a simple master/slave system this NMT master device receives all PDOs from the CANopen NMT slave devices and transmits all PDOs to be received by the CANopen NMT slave devices. No PDO cross communication is pre-defined, except the CANopen network is based on a CANopen application profile. Besides the configuration of communication parameter, most of the CANopen devices need to be configured, because they provide a default application function and many options. 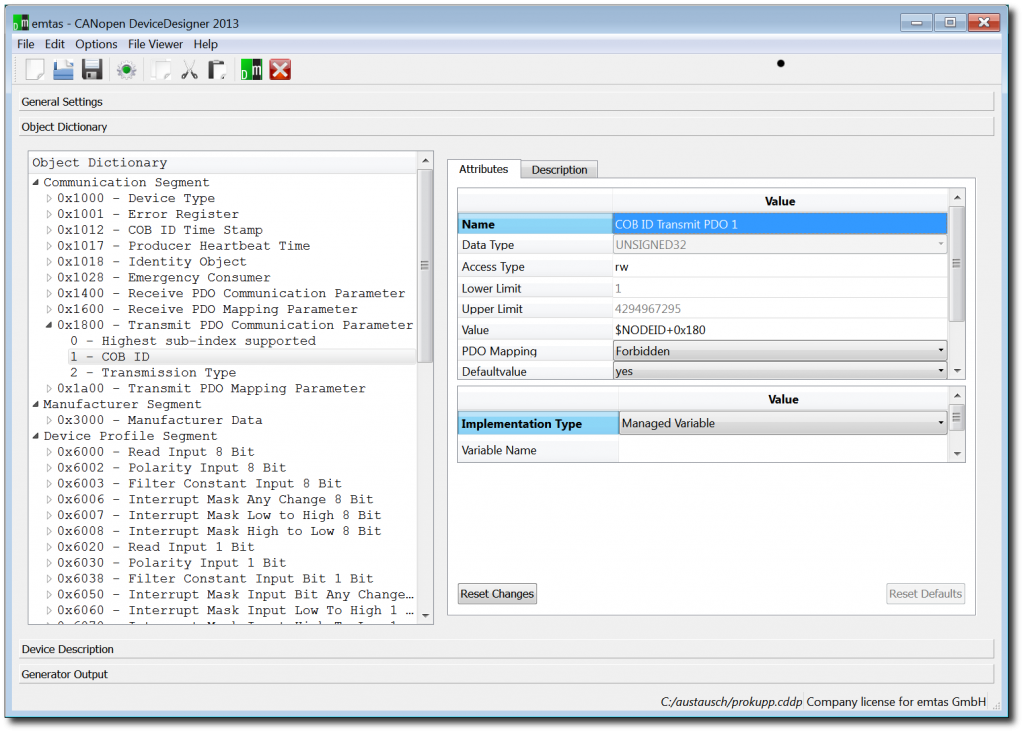 The CANopen DeviceDesigner is an easy-to-use tool for
fast and cost-saving design of CANopen devices.


The other configuration option is, to configure all connected CANopen slave devices whenever the system is started. The advantage is that even in case of a device substitution, the system works as programmed. On the other hand, you depend on single entity, the NMT master device, which needs to store the configurations of all CANopen NMT slaves.