The CANopen FD network management is based on a master/slave approach. The device with NMT master functionality controls the NMT slave devices. Each NMT slaves can be in one of three static states:

There are additional temporarily states, which the device is transits automatically after power-on and after be reset. The shown state diagram provides details on the possible state transitions. Those transitions are commended by the NMT master or device internally by the application.

The NMT commands by the NMT master devices are confirmed on the application program level by means of the Heartbeat message. The NMT command message is a two-byte message containing in one byte the command and in the other one the addressed node-ID. A node-ID of “0” indicates a broadcast command meaning that all nodes shall perform the command. It is mapped to the CAN FD data frame with CAN-ID “0”, which is the highest prior one. This makes sense, because what is more important than a command of the NMT master. The above-mentioned confirmation is a one-byte message providing the current state (pre-operational, operational, or stopped) of the related NMT slave device. It is mapped depending on the node-ID of the transmitting device to CAN FD data frame with a CAN-ID of 80016 plus node-ID. The Heartbeat message is sent periodically with the user-configurable heartbeat-producer-time given in the object dictionary.

After power-on, the NMT slave transits automatically into the NMT pre-operational state and waits to be configured optionally and to be started by the NMT master device. There is also the possibility to configure an NMT slave device to be self-starting. This is in some CANopen FD applications needed. There are two reset commands: one just resets the communication parameters to the default or the configured values; the other resets the communication and the profile parameters. After the reset procedure, the NMT slave device transits automatically to the NMT pre-operation state.

The NMT stopped state can be used to stop a device communicating USDO and PDO messages. It just accepts the NMT message and produces the Heartbeat message. In some cases, it is desired that the CANopen FD device is not transmitting any message. To achieve this, the heartbeat-producer-time in the object dictionary needs to be configured to “0”. 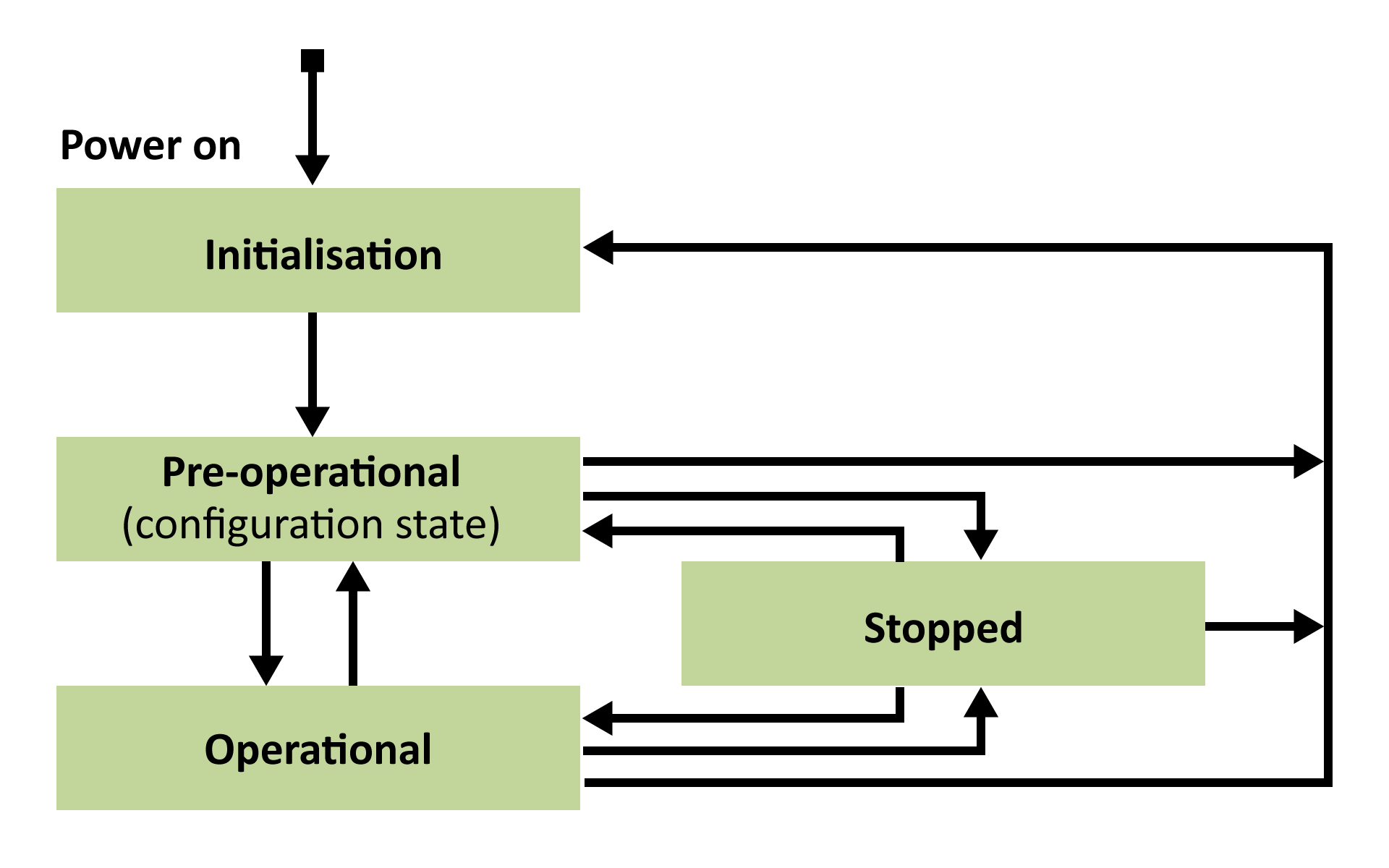