CiA 1301 specifies several USDO services. The main purpose of all these services is to read from and to write data to the CANopen FD object dictionary. The USDO client has always the initiative sending an USDO read or write request. In opposite to the SDO communication in classic CANopen, the USDO client provides in its protocol the destination information. Therefore, the USDO protocols supports broadcast, multicast, and unicast addressing. This means that all CANopen FD nodes can communicate via USDO with each other CANopen FD node. USDO services are intended for configuration and diagnostic tasks. Of course, process data can be transferred, as well.

There are specified USDO expedited and segmented services. The expedited ones are mapped to just one packet, because the payload can carry all application data. The USDO segmented services are mapped to multiple USDO protocol packets. They are used to up- or download large amounts of data. Each packet is confirmed, which eats some bandwidth. Therefore, CANopen FD specifies also so-called USDO bulk services. In these services not every packet is confirmed, but a group of packets.

USDO services provide a pre-configured broad-, multi-, and unicast communication, which unburden the system designer from assigning CAN-IDs. This means, it is possible to run a network application only using USDO services. Of course, Heartbeat services and EMCY services are needed, too.

USDO messages have a protocol overhead of different length depending on the related USDO service. This overhead contains, for example, the kind of service (command specifier) and the 24-bit address of the object dictionary parameter to be written or to be read (index and sub-index). The protocol details are specified in CiA 1301. The shown table provides the command specifiers of the defined USDO protocols for local and remote network accesses. 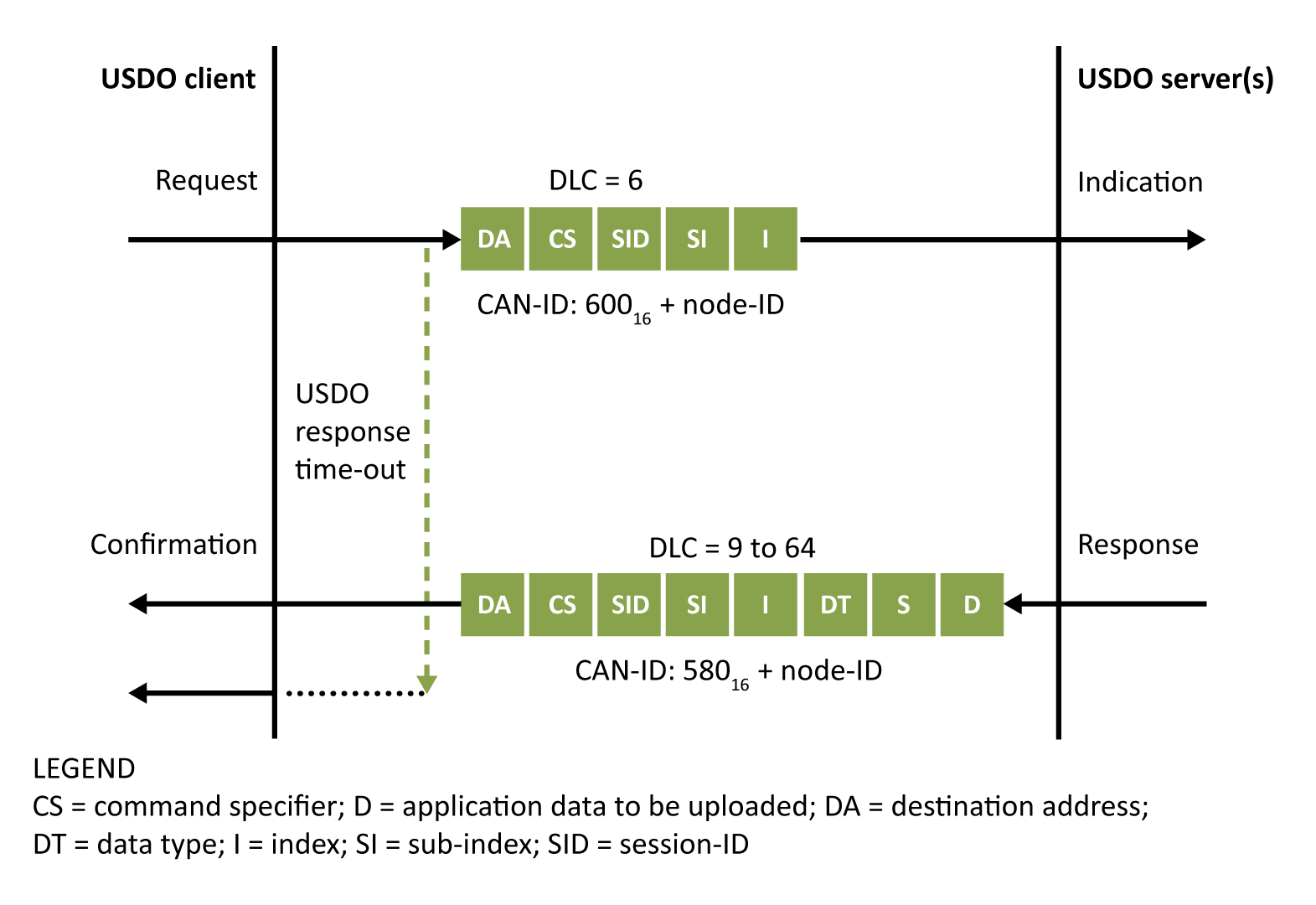 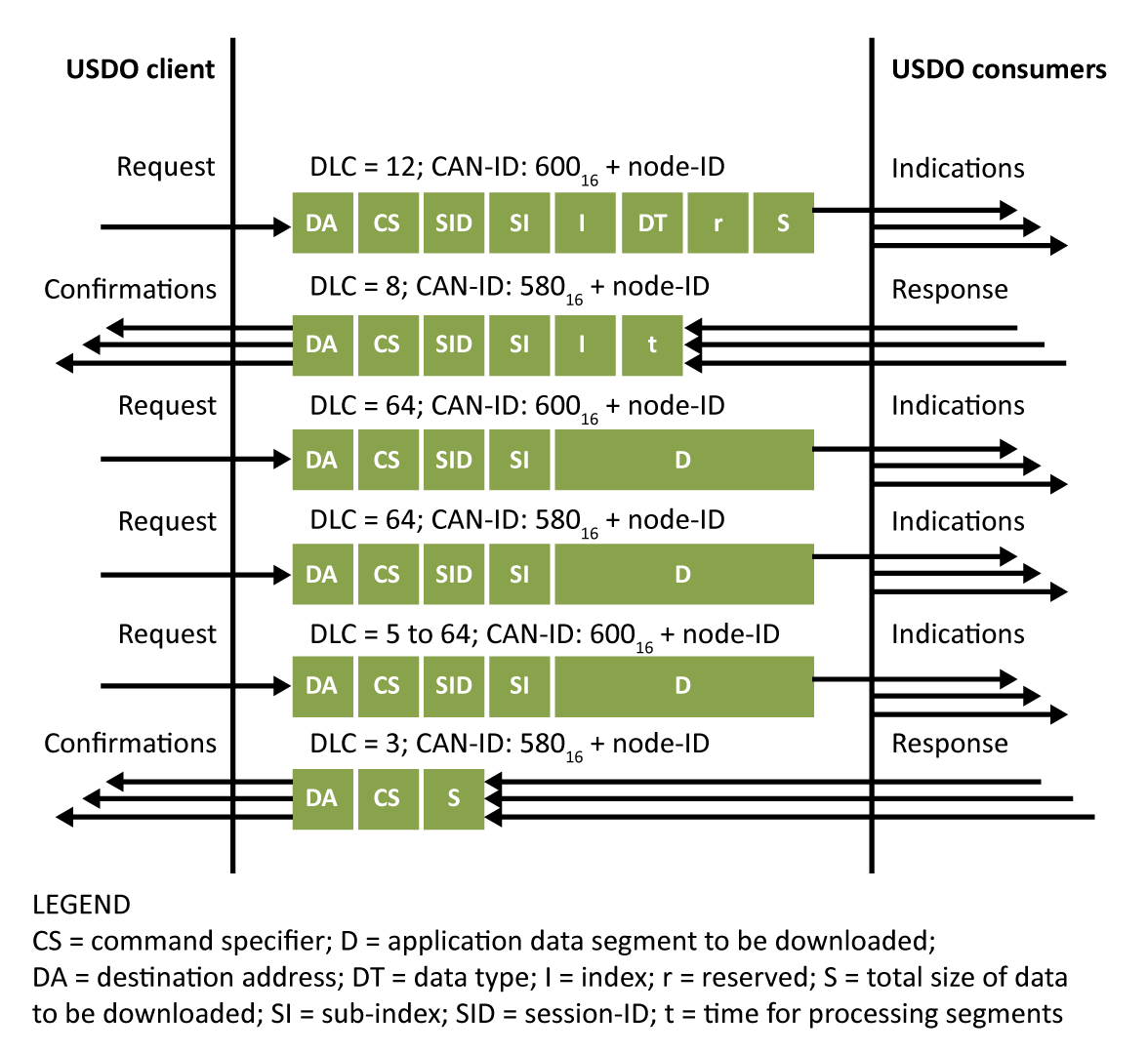